Home > The Culture of Play

The Culture of Play

As part of a whole school project into culture, the Year 1 Neighbourhood began an inquiry into the Culture of Play. The Year 1 teaching team thought that by exploring play, a subject the children were experts in, they would be able to uncover the complexities of culture.

Through researching play, how do children develop a deeper understanding of their own cultural identities?

The children explored play in a range of contexts, including a retirement village –  games from 50 years ago; another primary school – how our peers affect how and what we play; traditional indigenous games – how place affects play.

The children’s research was presented at a film festival.

One of the children suggested that funds raised from charging entry to the film festival be used to support asylum seeker children.

The children agreed to raise money to provide toys for asylum seeker children because they felt, after their research into play, that everyone deserves the right to be able to play.

What is it about play that makes people all over the world do it?

The teachers realised that there were still children who had some concepts about play that could be challenged:

Commercially made toys were more “fun” than home-made toys, so, as a result, children who did not have access to the same toys that they did would not have as much fun.

Watching videos of children in other countries playing with “less commercially” made toys play and analysing what they saw allowed the children to deepen their understandings about play.

What was happening in all the film clippings that were the same?

To ascertain the children’s current concepts, they were asked to make a toy that they thought the children in detention would want to play with. The main categories of toys were:  • Games • Vehicles • Soft Toys

The children evaluated and reflected on what they had made to develop criteria for their toy designs: • Safe  • Able to be shared with friends • Long lasting  • Comforting  • Imaginative  • Used in many different ways • Made with strong materials  • Age appropriate

The teachers realised that for the toy making project to be a success it would require expert mentorship. Parents came on board to share their skills and have input into the future direction of the project.

Alessi’s mum and dad came in and spoke about the design process. The children learned that they needed to research by asking people questions and investigating on the internet.

David Manne, Hannah’s dad came in to talk to the children about the kinds of toys that would be suitable for the refugees.

My dad goes to court and argues about refugees coming to Australia. He argues with the government to make sure that refugees are safe. He came to talk to us about refugees.  Hannah

Xavier’s father, Leily, who designs soft toys, came in to share the toys he designs and makes.

The children wrote cards to the children in detention, to accompany their toys.

We want the children to know that we are thinking of them.

On International Human’s Rights Day, the toys were handed to David Manne to be delivered to the children in the detention centres in Nauru and Broadmeadows.

We are grateful to Teresa DiSipio for her wonderful book which documents this Inquiry project . 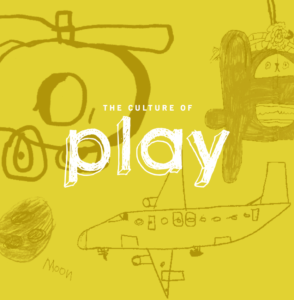